With the end of the Salmon Season only a week away in most parts of the West Country and the rivers up and coloured, the best chance will be spinning! This is where the Rapala Lures come in, they are tried and tested and come in a good range of sizes and colours.
As an added bonus we have
25% Off the Marked Price of Selected Rapala Lures Whilst Stocks Last!

Some of us in the West Country have another bonus in the fact that a couple of rivers have a late run of Salmon and these rivers are open until December 15th. As I can’t see any end to the wet weather that’s over 2 months of spinning, so stock up now!

Rapala Count Down – Sinking
Consistently reach suspended fish at any depth with the Count Down method. The controlled depth technique was introduced to the world with this slow sinking (approximately 30 cm / sec.) lure, and to this day is the standard by which all others are measured. Whether the fish are suspending at certain depths near the weed tops or on bottom structure, the CountDown can get you to them over and over.
The lure is weighted for long casts and balanced perfectly for a horizontal sinking position. The CD01 size is specifically designed for smaller and wary fish.

The first and still the number one “go-to” lure. Lauri Rapala had no idea the impact his creation would have on the fishing world. Its wounded minnow action is irresistible to fish. Decades after its creation millions of anglers still rely on the Original Floater – one of the most versatile lures ever made. This is the world’s best selling lure. Rapala Jointed Floating Minnow
With its slight exaggeration of Rapala’s unique baitfish-in-distress behavior, the Jointed is ideally suited to the extremely slow retrieve required to trigger sluggish, finicky fish. Extra noise and action produced by the jointed body helps wake up the fish in poor visibility. 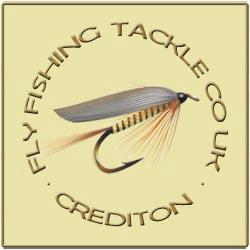